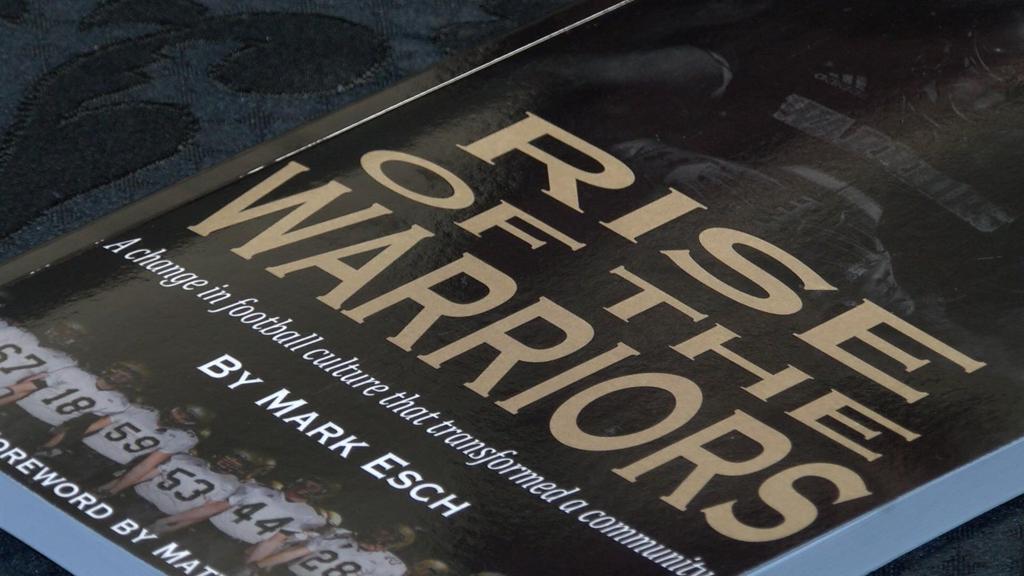 "Rise of the Warrior" by Mark Esch

Minnetonka Public Schools has named Mark Esch as Head Coach of the Varsity Football Team at Minnetonka High School. Esch replaces legendary coach Dave Nelson, who is retiring after an amazing 42 years coaching football, 18 of them at Minnetonka.

Esch brings 20 years of high school and college coaching experience to this role. Last season, he served as running backs coach on the Minnetonka Football Team and he taught physical education part time at Minnetonka High School. Esch previously held the position of head football coach at Mankato West High School for 11 seasons, where he led his team to win the 4A Class State Championship in 2008 and the 5A State Championship in 2014.  His teams participated in the State Semi-finals six times. In 2008, he was named Class 4A Coach of the Year.

“Coach Esch is a transformational coach who focuses on building a positive culture and strong relationship with students, staff and the community. His mission is to help athletes win on and off the field,” said MHS Activities Director Ted Schultz. “Coach Esch brings a wealth of experience, vision and purpose to Minnetonka Football. He is the right coach to continue the great traditions of the past and lead us forward into a new era.”

Esch has also served as offensive coordinator at Prior Lake High School and offensive line coach and strength coach at Austin High School. Prior to that, he was as an assistant coach at the University of South Dakota and University of Wisconsin- La Crosse.

“I consider it an honor and a privilege to be the next head coach at Minnetonka High School,” said Esch. “This program has an already strong foundation.  I am looking forward to working with the student-athletes, staff and community to take the program to the next level.”

Esch has taught health and physical education in high schools in Minnesota for the past 19 years. He has also held track and field coaching and assistant coaching roles for the past 20 years. Recently, he authored the book Rise of the Warriors, a book about coaching leadership. Esch was a YMCA Community Board Member for three years and has served in many community mentoring roles.

Esch earned a master of arts in exercise science from University of South Dakota and a bachelor of science in health and physical education from the University of Wisconsin- La Crosse.

A brief player meeting will be held today (Tuesday Feb 11th)  after school at 2:45pm in the forum.  Coach Esch will attend the Touchdown Club meeting on Monday Feb 17th.  A parent social will be planned for a meet and greet at a later date.

We will be attending a training camp at Augustana University in Sioux Falls, SD.

This camp replaces "O" & "D" Camp. (with the exception of rising Freshmen.)

Details to come at May Parent/Player meeting.

The purpose of the Minnetonka Football "O" & "D" Camp is to develop the fundamentals needed to become a successful football player.

Our focus will be on teaching fundamentals as well as implementing our offensive and defensive schemes. The camp will also stress the skills involved in special teams play.

Read Article about the Power of Influence Award

Check out these past/upcoming events

We are excited to announce that Mark Esch has been name the next football coach at Minnetonka! Mark was an assistan… https://t.co/7PvhESfUwX

@rshaver11 @TotinoGrace Congrats Coach - definitely one of the good guys!

RT @WeAreAFCA: We are excited to announce that Minnetonka High School Head Coach Dave Nelson has been named the 2019 AFCA Power of Influenc…

Congrats to Coach Nelson on receiving the “Power of Influence Award” given to one coach in the country for the diff… https://t.co/2xX5d4rUvq

Minnetonka Football Thanks Our Corporate Sponsors!